I had it all planned out. In the remaining months of living in Zimbabwe in 2007, we would start trying for our first child. I would give birth in the spring of 2008 and have three kids, each two years apart. Those who know our family at all, know that didn’t happen and those who know me really well, know that what followed were some difficult years for us, but in June of 2010 we were thrilled to welcome Caleb and Micah into our little family.

I had always assumed we would have more kids but we also began dreaming with Jamie and Arja about the idea of moving to Zambia together. Through a series of events and what we believe was God’s direction, in late 2012 we eventually gave up the idea of having a third child. Even though I’ve had peace and felt like it was the right decision for us, I’ve been grieving the idea of not having the bigger family I had always imagined. While I celebrated with friends who shared the news of their pregnancies or held their tiny newborns, the pain didn’t go away. Watching my friends with siblings of different ages, I wondered what that would be like. I knew that doing the right thing for our family didn’t mean that it would be easy. When the boys were born I bought personalized Christmas stockings for our family with two additional blank ones for any future members. Each year pulling them out of the box awakened the ache inside of me, this year being no exception. 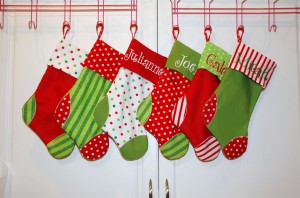 Only a few days later in the midst of the craziness of preparing to move to the other side of the world, I started to feel off and way more tired than usual. I had some symptoms similar to my previous pregnancy but knew it was virtually impossible. I decided to buy a test so I could enjoy my occasional glass of wine over the Christmas holidays in peace. Even the night before I tested Joel and I agreed that the chances were extremely low. Then it happened. That extra line came up quite quickly as we got the shock of our lives. I am pregnant!

A little bump at 20 weeks

This baby truly is a miracle and a gift from God. We are amazed and grateful that I have a little life growing inside of me. We have confirmed there is only one in there this time and have heard the heart beating strong. A few weeks ago we had an ultrasound at Macha and saw our little one moving around, growing right on track. Time is flying and this past weekend already marked the halfway point. The timing is all a bit overwhelming but we are excited to raise our baby, at least in the early years, in a beautiful community in rural Zambia. The hardest part of motherhood with the boys was not sleep deprivation, the long hours feeding, or juggling two babies at once, but the isolation of our Western culture. There will be new challenges where we are, but I’m guessing that being alone won’t be one of them. We are already part of a wonderful team with the Sanfilippo family and our community is starting to grow around us. Living on a school campus certainly won’t hurt either. We have affectionally named our little one “Zambino” for now and can’t wait to welcome them into our family in July. We will monitor my pregnancy and decide where to give birth in the coming months.

We knew moving to Zambia would mix up our lives. Never in a million years would I have guessed that a few weeks before we left, we would discover this little and not-so-little development. In many ways it still doesn’t feel real but the growing bump and the recently-felt kicks are certainly helping it sink in. Life is a crazy and beautiful story with unexpected twists and turns and I wouldn’t have it any other way. We look forward to keeping  you updated on our little Zambino who has already had quite the adventure in their short 20 weeks.

7 thoughts on “Our Little Zambino”